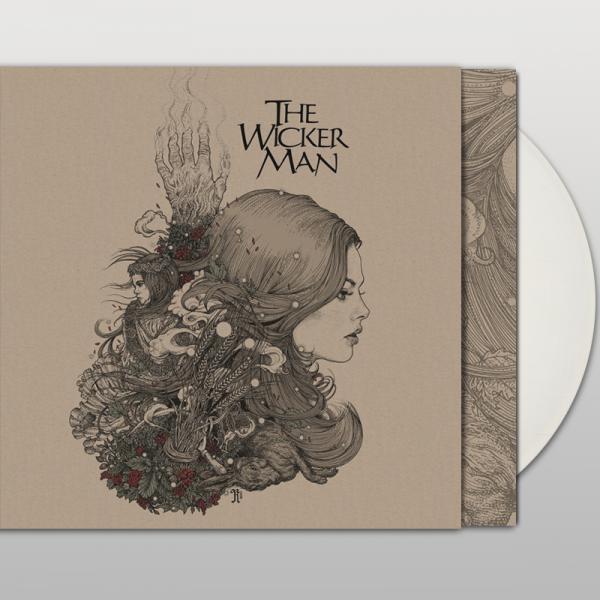 
Originally released in 2013 for the 40th anniversary of the cult 70’s horror film, only 500 copies of The Wicker Man 40th Anniversary Edition were pressed on black vinyl which have become highly sought after. The 40th Anniversary Edition has a different track listing to the preceding OST double album, selecting only the songs to make a single LP. Silva Screen commissioned artist Richey Beckett to come up with artwork for a poster and sleeve and the original 2013 pressing contained a certificate from the artist. This repress on white vinyl contrasts beautifully with the artwork, which is printed on reverse board. It does not contain the certificate but does have the stunning original printed inner sleeve.

“That is a beautiful poster and I definitely want to put one on my wall of fame, don’t have one yet but that poster will be the first one @richeybeckett” Britt Ekland